We have lots of information about Kégresse in Denmark in the early years, most of this material comes from the Danish Army: Reports, pictures and correspondence between the Citroën factory, the Danish Army and DFA who wanted to buy the Kégresse license to the system.

More of these storyes as soon as possible. 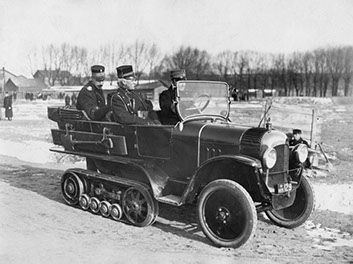 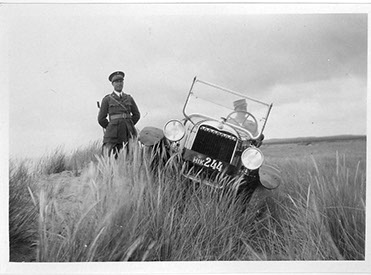 In 1923, a trial run was made, with Denmark's King Christian X in the back seat.

Above and right: Paris 1924, testing the Danish Triangel truck (HtK 34) with a P6 Kégresse mounted, just before delivering. 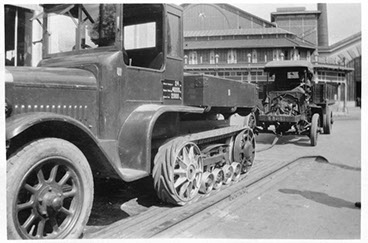 Aricles about Kégresse in Danish

General article by Jens Møller Nicolaisen about the differents model of Citroën Kégresses, Citroën croisières in Africa and Asia and some information about the Kégresses owned by the Danish Army

General article on Kégresse with some history in Denmark

Article about a Danish P7T on the beach

Article about a Kégresse in a litle island

This Water color illustrations are made by the illustrator Sven Henriksen (1890-1935) to the newspaper BT. We do not know if this drawing was printed in the newspaper. We are in the process of investigating it. Undoubtably inspired by the great publicity of the Yellow Expedition... 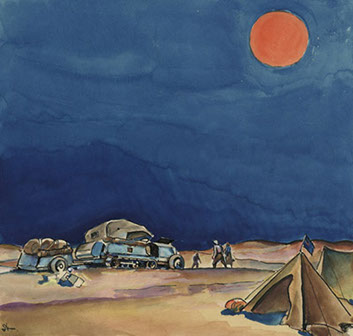 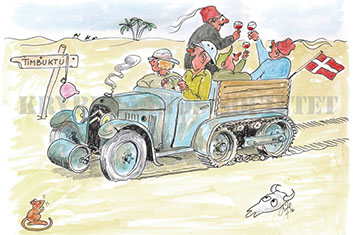 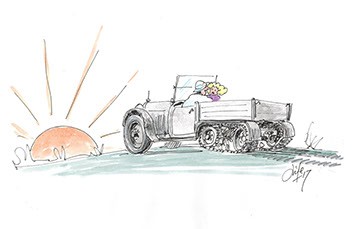 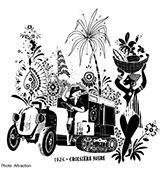 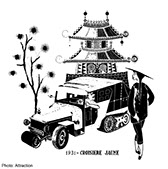